Once upon a time there was a virtual girl named Sady and she developed a shopping addiction. Then one fateful cold winter day, she got word (via Facebook, Flickr, Inworld…who knows?) that one of her favorite stores was releasing a new winter coat. She was so excited she ran right down to the store, bravely fought her way through the mobs of women clambering for the new goods, and managed to grab one for herself. She raced home and stripped off her clothes so she could revel in her new coat! Little did she know she would be stepping out into the virtual frozen tundra  of Ironwood Hills.

Fearlessly, she ventured out into the frozen evening, but alas the coat was so magnificent it kept her warm despite the fact that she was only wearing a matching silk bra and panties set. Besides, she had a hat and everyone knows you lose most of your body heat through your head, right? She knew this was a place for photographs and like a good little Victoria Secrets wanna be…she started posing! She barely blinked when the blinged out flexi troll stepped into her shot. She just derendered him and bid that Felicia farewell.

So, let that be a lesson to you all, boys and girls, don’t let a troll or a mob of women stand in the way of your happiness. You deserve that coat just as much as anyone else and you deserve to show it off! 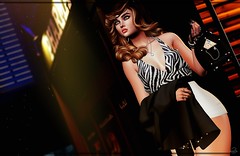 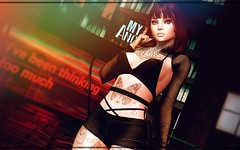 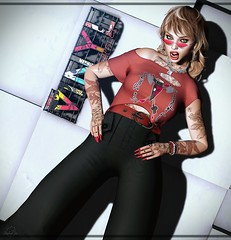 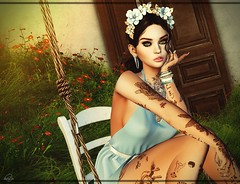 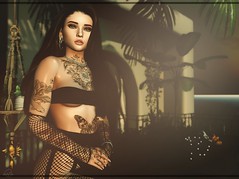 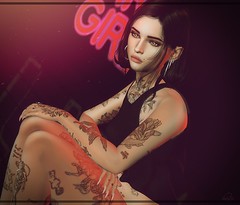 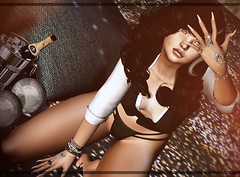 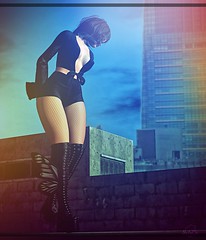